Althaea Yronwode is a surgeon. 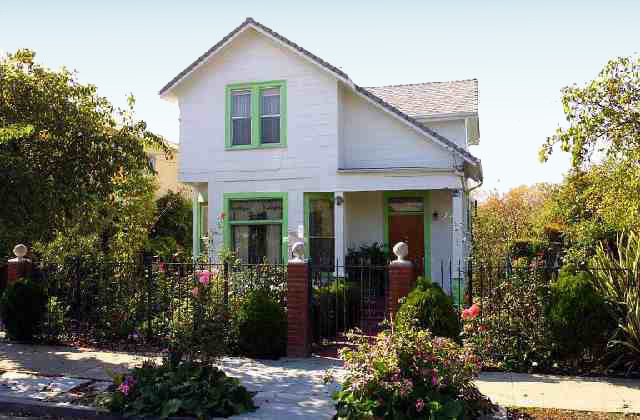 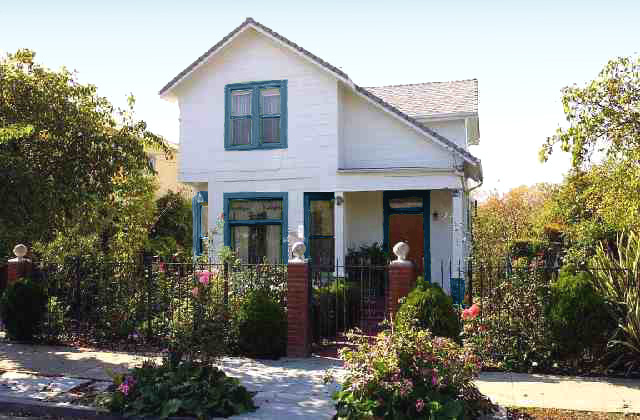 At left: The house, built in 1892, as it was after 1960s remodelling with trim removal and added asbestos shingling.

At right: The trim has been painted dark blue! 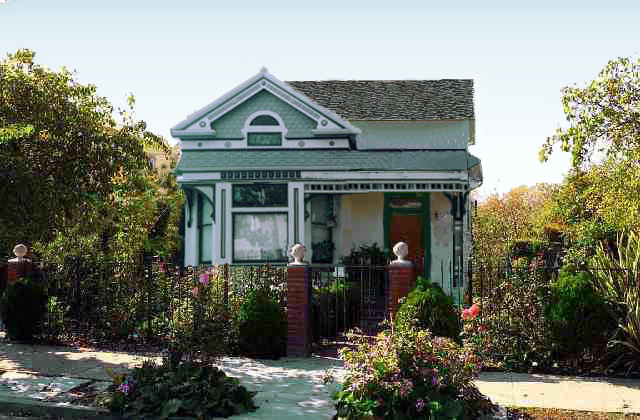 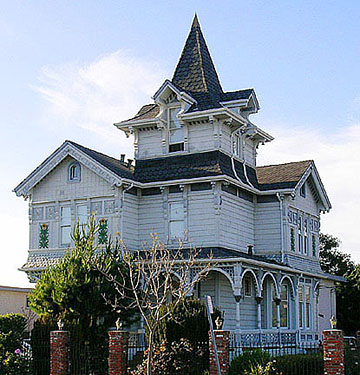 The three-story Edward F. Niehaus residence was built in 1889 by the owner of the Niehaus Planing Mill, which manufactured the fancy millwork originally used to ornament the house.

The Edward F. Niehaus house was designated City of Berkeley Landmark no. 11 on 21 June 1976. It is listed in the California State Historic Resources Inventory.

You can read more about the Edward F. Niehaus house at the Berkeley Landmarks site, from which this photo was taken. (Photo: Daniella Thompson, 2004.)


FLOOR TILES FOR THE KITCHEN

McNay con Flores and McNay Border from http://arttile.com: At left the kitchen floor, at right the pattern used in the kitchen entry hall and the pantry.